ESG Experts Explain: What Advisers Need To Know About ESG 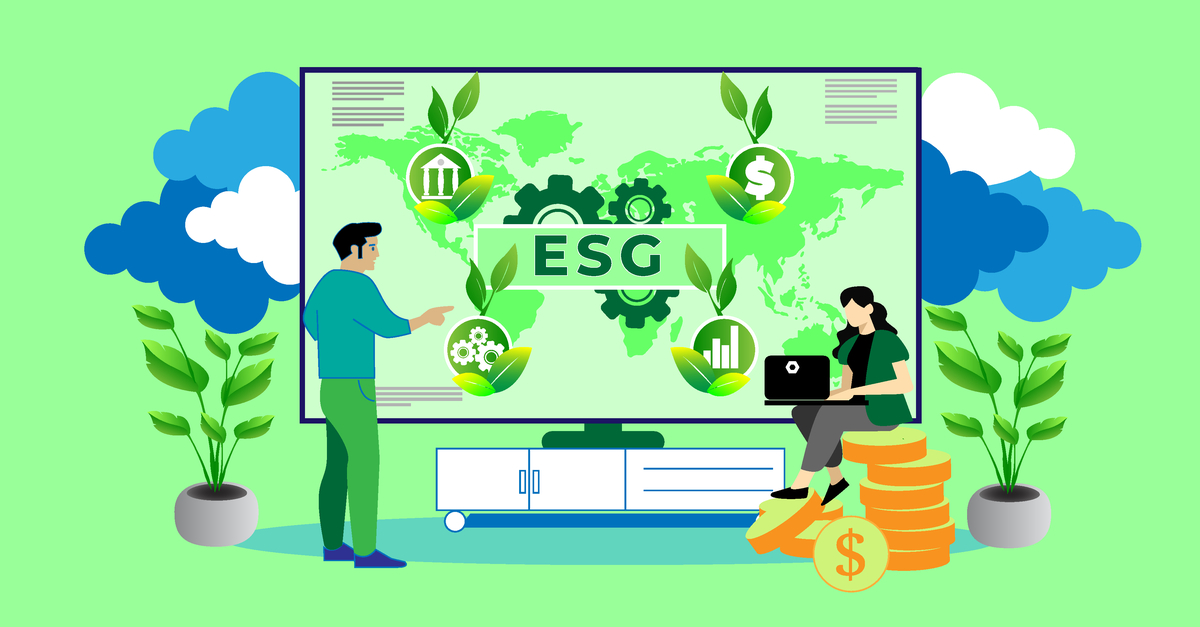 This is the first post detailing the discussion from our September Investment Forum, which focused on ESG and featured expert speakers explaining the complicated ESG and coming legal changes between the EU and UK. Elizabeth Stuart from Morningstar and Mikkel Bates from FE Fund Info share their expert takes on where ESG stands now, where it’s going next, and what that means for advisers, in the article below.

If you’d like to attend our next Investment Forum meeting on October 14th, please order a ticket at the bottom of the page.

My name is Elizabeth Stuart and I’m an ESG analyst within sustainability research, manager research at Morningstar. I’ve been at Morningstar now for just over a year and a half. My main focus is our wider fund papers, our wider market research and our thought leadership papers. And so I’m going to give you quite a quick run through. I’m going to give a really, really high level run through of some of the coming regulation, which will have a significant impact on common problems within the ESG space. And I’ll also take a quick tour of some of the Morningstar ratings, which can help guide client conversations and give support around the question of sustainability.

A little bit of background: the last three years have seen a significant uptick in flows into European sustainable funds on a flurry of product innovation and launches. This has been followed by some controversy surrounding the efficacy of these products on suspicion of greenwashing. To that end, the European commission has stepped in with a slew of regulations and guidelines to help investors and companies alike navigate this new space. This includes both the taxonomy for sustainable activities and financial products, but crucially stipulates clearer and more fulsome disclosure surrounding ESG.

So the top line summary goes as follows: The sustainability related disclosure or SRD will require funds to self source into one of two categories, Article 8, or Article 9 funds, which we’ll discuss in a moment, and also reports against related metrics, including progress reports over time. The SRD guidelines are due to be issued in full in January, 2021 with disclosure expected by March, 2021. Feedback surrounding this timeline from fund houses and other interested parties is proving to be negative thus far, but Morningstar is watching the situation closely and will be across the guidelines as soon as they are written in stone. 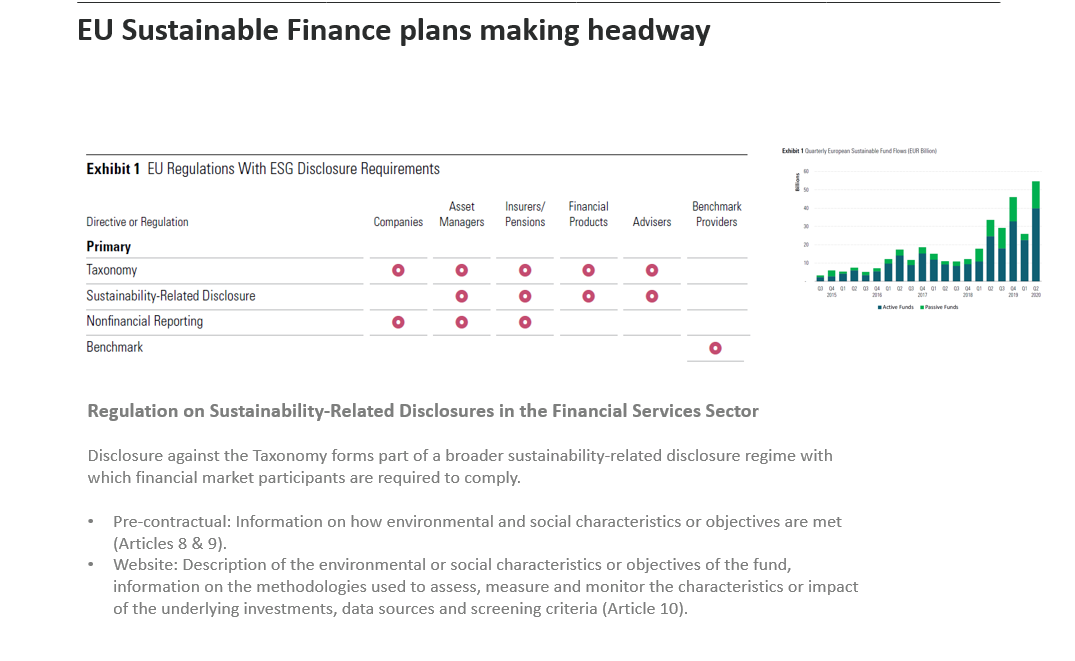 In terms of where we’ll be with Brexit, this regulation sort of falls between two stools in a way, although this should come into law in December pending any delays, it may not automatically be written into UK law. However, with so many UK asset managers acting across boundaries and with the FCA being so closely involved with the construction of this regulation, it would make the most sense for this to be transposed into UK law, regardless of the date of its implementation. So even despite a kind of rocky territory, we will expect this to be applicable within the UK as well, come 2021. Now these map fairly closely already with how Morningstar views, the various fund types on offer pictured here in my tiny diagram is John Hale’s sustainable fund taxonomy.

John is Morningstar Director of Sustainability Research. Article 8 funds as defined by the European commission are those funds which promote, among other characteristics, environmental or social characteristics. Now, although action is yet to be taken across the fund industry to map themselves into these categories, we expect that these are typically your broadly diversified funds, which follow strategies such as best in class or finding negative screening. Whereas Article 9 funds are those which have sustainable investment as its objective. They’ll be performing mapping, more closely aligned to sustainable activities, such as clean energy and environmental services. 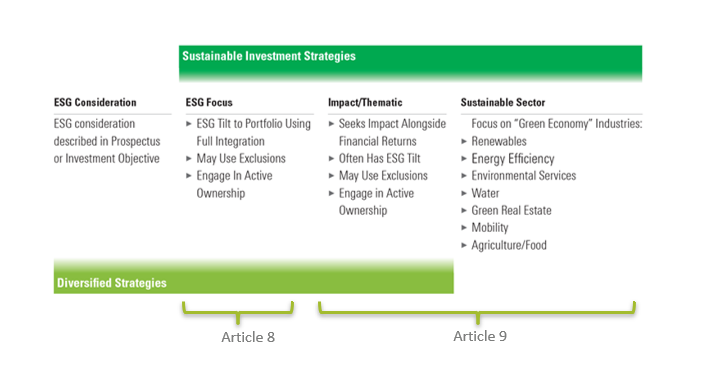 So you can see on John’s taxonomy there, which funds we would expect to have fall into which buckets. The disclosure essentially will allow for enhanced screening tools on a consistent methodology across all fund providers in Europe. And along with that, Morningstar will continue to evolve our attributes framework in light of the new regulation and all of that data and information that asset managers are going to be expected to disclose.

Now, just moving on to some of the ratings and scores that Morningstar offers to cut through the marketing bluster that can really often plague the ESG space. As some of you may be aware of Morningstar has partnered with Sustainalytics since 2017 and fully acquired the company this year, the combination of forensic company level ESG information with fund-level analytics allows for a very thorough evaluation of the sustainability of a particular financial product that you might be looking at.

You can look at the sustainability of the funds overall and then drill down to the nuts and bolts to understand where your ESG risks lie. This lends itself both to filtering and screening for off the shelf products, but then also to bespoke product building.

So the most recognizable of the Morningstar sustainability data points, the Morningstar sustainability rating, commonly referred to as the Globe Rating, the Globes represent the absolute risk found in a portfolio on a peer group relative basis. The Globes are applied across all funds regardless of mandate, as long as we have the coverage. So as long as we have coverage of more than two thirds of the holdings within Sustainalytics, this allows for filtering by ESG risk of traditional products, rather than simply focusing on those ESG or those sustainable mandate products. 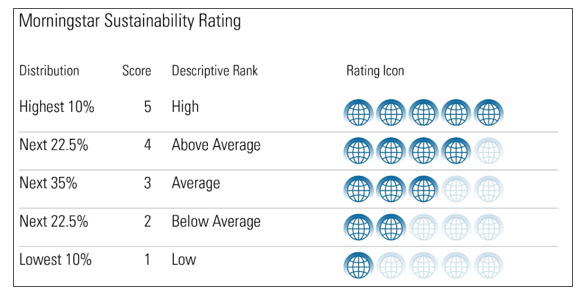 Moving on through here is the Sustainalytics product involvement dataset, or the nice graphic that they do for us. So for an interactive exercise, you could take a client through these options to jog their priorities, and then decide on a product that minimizes their exposure to unsavory activities. Morningstar has then mapped these at the fund level on a percentage basis. And then these can be tailored. You can have a look through them. They can be tailored to environmental, social, or indeed religious considerations depending on your investors or your clients needs really. 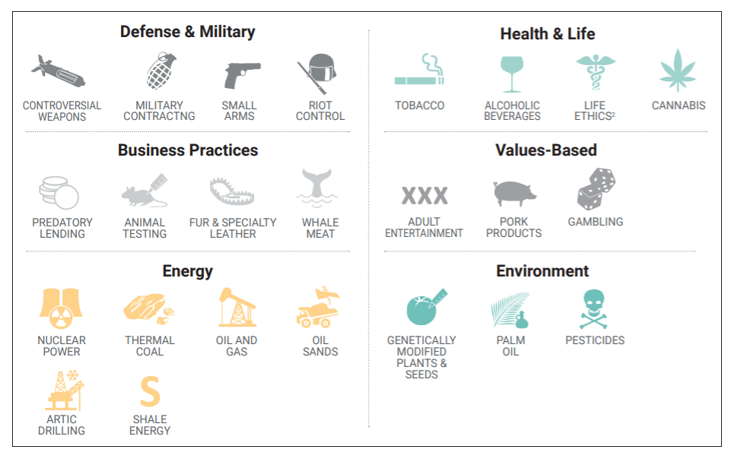 So finally, as climate change is the greatest environmental challenge facing this generation, many investors will focus their ESG priorities on carbon emissions. Along with Morningstar research, taking a deep dive into the universe of climate aware funds, you can examine funds in relation to our suite of quantitative carbon metrics. These look at everything on risk, fossil fuel involvement, stranded assets, and carbon intensity to involvement in various controversial oil and gas activities. If that’s the level of granularity that you really want to go down.

It’s very comprehensive. You can tell that Elizabeth and I haven’t discussed our agendas beforehand because a lot of what I was going to say about Article 8 and Article 9 and the obligations on those has already been covered. I think probably it’s worth taking a step back though, and looking at the fact that unlike almost every other disclosure regulation, whether it’s UCITS or PRIIPs or MiFID the origins of the SFDR and the taxonomy regulation are not just disclosure for the sake of retail investors, or for any investors, for transparency sake. They’ve made it very clear that, the legislators and the regulators, that what lies behind these regulations are the Paris Climate Agreement and the 17 UN sustainable development goals.

And they specifically said that the whole object behind them is to reorient capital flows towards sustainable investment. So it’s not about just making investors’ lives easier and clearer and avoiding being hoodwinked by this voracious industry. But it is about actually trying to give them more and more transparency in order to drive action out of investors and that, that action is to get them to invest in sustainable investment products.

So therefore the whole thing is about disclosing exactly what funds do, how they meet the taxonomy, how they satisfy the requirements on the core principles, adverse sustainability impacts of which there are a total of 50 that need to be disclosed in pre-sale and periodic and website disclosures. 32 mandatory ones. Plus at least one of seven, social anti-bribery or workers’ rights indicators, plus at least one of 11 other planet, climate and environmental objectives or indicators.

So it’s an awful lot to be disclosed. And it’s because the regulators actually want action to take place. They want investors to say to investment firms, “I want a sustainable fund”. I was just saying, before we started, my kids are much more aware of this than I am, outside the regulatory space. And, my son was telling me the other day, “I want a sustainable investment fund to put my ISA into”, and that’s exactly what the regulators want, but at the same time what’s happened is it’s driven probably the most convoluted, complex, detailed set of regulations, which I also think are the most under-prepared and rushed regulations. If you can say that about something going on for more than two years. Because we’ve got, as Elizabeth said, the level two regulations for the disclosure may come in December, may come in, may not come until January.

And obviously that’s quite a key difference from a Brexit point of view, but there are things in there that’s supposed to go live in March. When has that ever happened in any regulation before, where you’ve got maybe six, seven, eight weeks’ notice between fund regulations being published and having to disclose them? So you can see from this timeline, you know, there are several dates over the next few years where things are kicking in.

The key driver is environmental, it’s climate change mitigation and adaptation in the taxonomy. Those are the first two objectives that are being worked on. The delegated acts for the other four objectives around clean water, circular economy, pollution prevention, ecosystems and biodiversity, they’re not going to come in for another year and a bit yet.

So it’s all coming in stages, but it feels very rushed. And I think the industry is struggling with that to the point where even the German Trade Association, the BVI, came out the other day requesting a delay of everything until 2022, whether anyone thinks otherwise, I don’t know, but the regulators want to delay for practical reasons, but the legislators are not going to give it to them. The commission do not want to be seen to be going soft on environmental issues and climate change. So these are going to be very quickly adopted regulations. And it’s going to be a real struggle for everyone to meet the deadlines. So on that really cheerful note, I’ll go back. 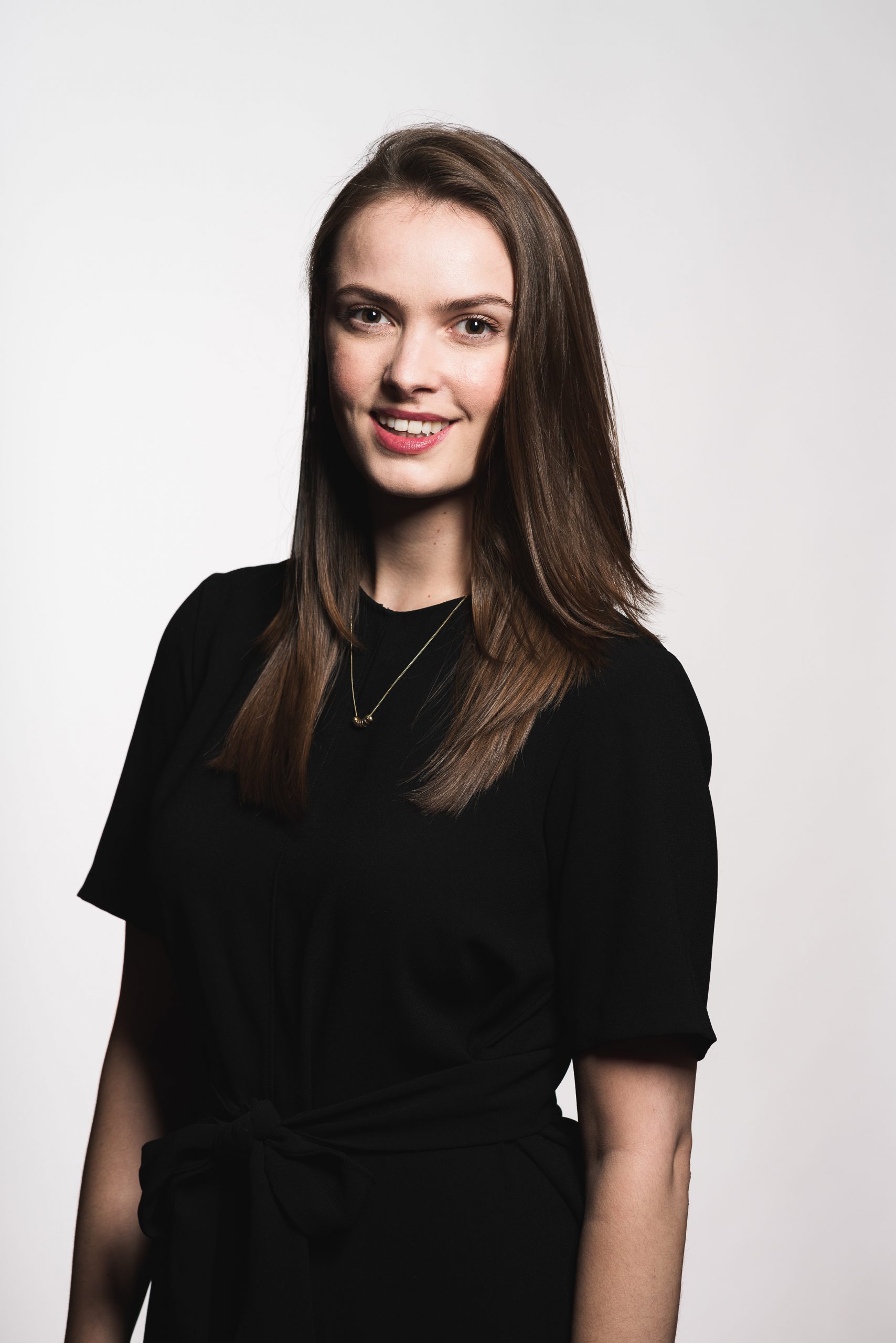 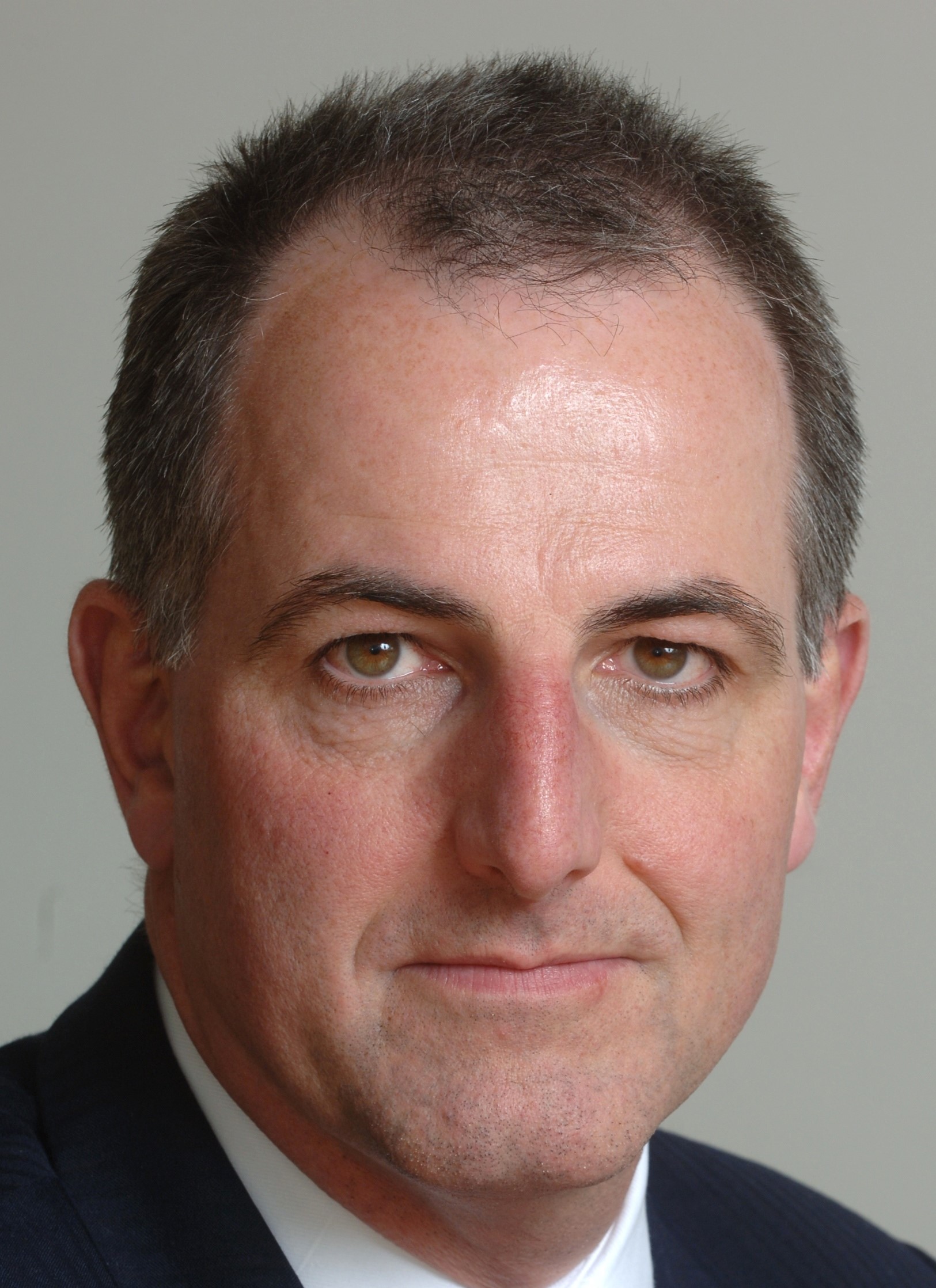 Join us for our next Investment Forum meeting on October 14th by ordering a ticket here: 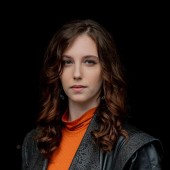 Originally from New Jersey, Emma previously worked as a writer, researcher, content creator and podcast producer for fintech consulting firm Ezra Group LLC. Emma graduated from London Contemporary Dance School in July 2020, and alongside her work at FTRC she is also pursuing a career in contemporary dance. 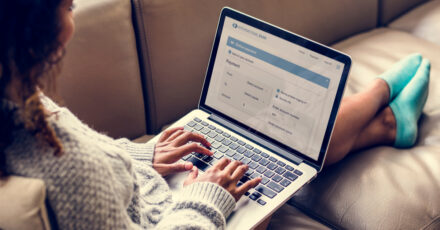 The Limits of Digital Fact-Finds: Highlights from the December Investment Forum Part 2 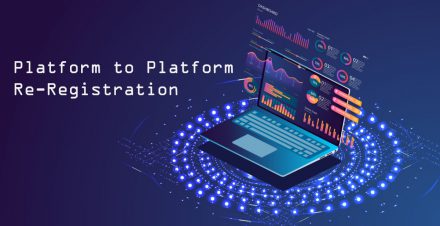 Everything You Need to Know About the STAR Initiative: Part 2 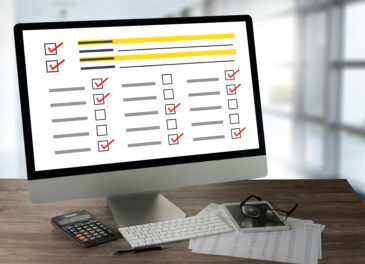 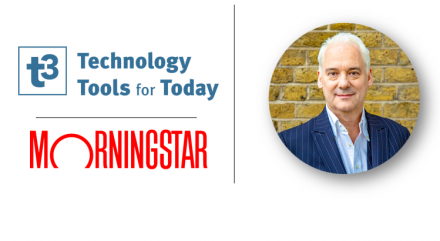 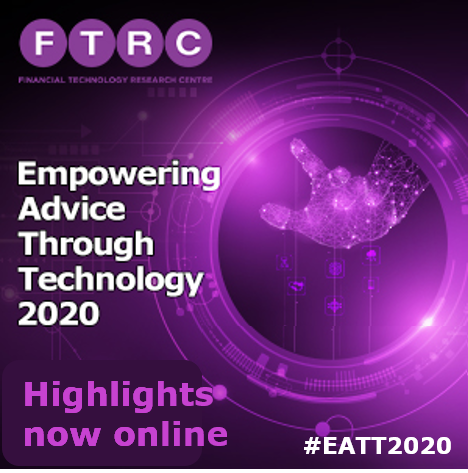